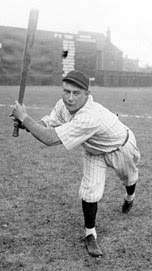 ~Dutch Zwilling 1888–1978 (Cubs 1916)
Until 2015, if you went to the Baseball Encyclopedia and looked at the last name listed there, you would have found Dutch Zwilling. (Now it is non-Cub Tony Zych). Dutch was born in St. Louis, and only lasted four big league seasons, but the center fielder might have seen more historic Chicago baseball history than any other player. His career started in 1910 with the Chicago White Sox. If that year doesn’t instantly ring a bell, it should. It was the first season the White Sox played in their brand new Comiskey Park. After that year he kicked around the minors for a few seasons, but re-emerged in the newly formed Federal League in 1914. If that year doesn’t sound familiar, it should. It was the opening season of the ballpark now known as Wrigley Field. Dutch played both seasons for the Feds, and led the league in homers one season and RBI the next. When his owner bought the Chicago Cubs the following year, he made sure that he brought his boy Dutch to play for the Cubs. That was 1916, the first season the Cubs played in Wrigley Field. Dutch Zwilling may be the second-to-last man listed in the Baseball Encyclopedia, but he saw things in his playing days that most of us would only dream of seeing. He and his buddy Rollie “Bunions” Zeider remain, and will always remain, the only two players to have played major league baseball for three different Chicago teams.

~Billy Connors 1941–2018 (Cubs 1966, Cubs pitching coach 1982-1986, 1992-1993)
Billy Connors was a highly touted pitcher in the Cubs system, who never quite made it. He did pitch in 11 games for the Cubs in 1966, and later also got a cup of coffee with the New York Mets, but his pitching career was over by 1968. After his playing days, he became a well-respected pitching coach. He oversaw the Cubs staff that led the Cubs to the playoffs in 1984, but when they were injured the next few years, Dallas Green decided to pull the plug on Billy. He did it while Connors was in the hospital recovering from hip replacement surgery. Connors was later the pitching coach for Royals, Mariners, and Yankees. His last job in baseball was working in the front office for the New York Yankees.

~Orlando Merced 1966– (Cubs 1998)
Merced had a few very good years with Pittsburgh in his 13-year big league career, and also played for Toronto, Minnesota, Boston, Montreal, and Houston. He was with the Cubs for less than one month in 1998. The Cubs acquired him to help with the playoff push that season, and he definitely made his presence felt. Orlando hit a dramatic game-winning homer in the closing days of the season. If he had been acquired a week earlier, the Cubs probably would have put him on the postseason roster, but because he arrived after September 1st, he was ineligible. Merced signed with Montreal as a free agent after the season.

~Jesse Flores 1914–1991 (Cubs 1942)
The first Mexican-born pitcher in big league history made his debut with the Cubs during the war. He only pitched in four games and posted an ERA of 3.38 before the Cubs sent him down for more seasoning. He later pitched for the A’s and the Indians. After his playing career, Jesse became one of the best scouts in baseball. His signings for the Minnesota Twins included Bert Blyleven, Lyman Bostock, Bill Campbell, Rick Dempsey, and Jesse Orosco.

~Clem Clemens 1886–1967 (Cubs 1916)
Clemens was known as the Count. He got his start with the Chi-Feds in the very first season at what is now Wrigley Field. The backup catcher was considered valuable enough to remain with the team when the Cubs took over the ballpark in 1916. He got 15 at-bats for the Cubs and zero hits.

~Otto Williams 1877–1937 (Cubs 1903-1904)
Otto was a slick-fielding utility man who backed up three Hall of Famers — Tinker, Evers, and Chance. He didn’t hit well (just over .200), but he did get plenty of opportunities during his two seasons with the Cubs. He also played for the Cardinals and Senators. 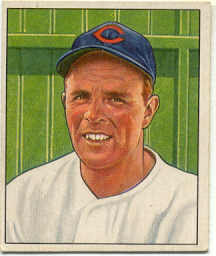 ~Johnny Vander Meer 1914–1997 (Cubs 1950-1951)
Johnny was a four-time All-Star, three-time strikeout king, and was world famous for throwing back-to-back no-hitters. (The last out in that second no-hitter? Leo Durocher). His record of 21 straight hitless innings will probably never be beaten. Johnny also struck out six batters in the 1943 All-Star Game. As you might have guessed, all of that happened before he arrived in Chicago. By the time he joined the Cubs in 1950, he was toast. The Cubs tried him as a starter, and he couldn’t do it anymore, so they used him as a closer — asking him to finish 17 games. Unfortunately, he walked more men than he struck out, gave up ten home runs in only 73 innings, and managed to record only one save. The Cubs released him in April of 1951.