Every Cub Ever (D)

~Grant DePorter 1964 (Cubs fan)
DePorter became famous as a Cubs fan while he ran Harry Caray’s restaurant in Chicago. His first famous move was hosting a Toast to Harry every year on his birthday. In 2003, he attained national recognition when he bought the famous “Bartman ball” at auction for over $100,000. He destroyed it live on television to help remove the curse. In 2008, he co-wrote the book “Hoodoo: Unraveling the 100-year-old Mystery of the Chicago Cubs”.

~John Dillinger 1902 (Cubs fan 1902-1934)
He was Public Enemy #1–so hounded and hunted by the FBI that he underwent drastic plastic surgery to change his appearance. The surgery left him disfigured, but didn’t do a very good job of disguising his appearance. Other bank robbers and gangsters tended to lay low while they were “on the lam,” but die-hard Cubs fan Dillinger couldn’t stay away from Wrigley Field. In the weeks before he was shot, in June and July of 1934, Dillinger attended several games. He went to Wrigley on June 8th, and again on June 26th. He was convinced his new face was fooling everyone. At that June 26th game against the Brooklyn Dodgers, a fan in the stands (Robert Volk from Crown Point) couldn’t keep his eyes off the man sitting two seats away from him. There was something familiar about him, but he just couldn’t put his finger on it. Was it possible? Was that…no, it couldn’t be. It looked like it could have been him. He introduced himself to the man, who shook his hand and introduced himself as Jimmy Lawrence. A reward was being offered for Dillinger’s capture dead or alive, so Volk considered turning him in, but he couldn’t be sure. Would John Dillinger really take a chance by going to a Cubs game? Nah, it couldn’t be him. On July 8th Dillinger went to his final Cubs game. Jim Weaver was on the mound for the Cubs. He was the fifth starter on the team that year, an 11-game winner at season’s end. But it wasn’t the Cubs pitching that drew fans to the ballpark that year; it was their hitting. Future Hall of Famers KiKi Cuyler and Gabby Hartnett paced the most feared offense in the league. They pounded the Pirates that day, 12-3. The next day the Cubs left on their longest road trip of the season. 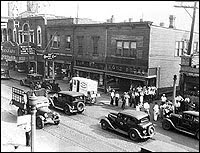 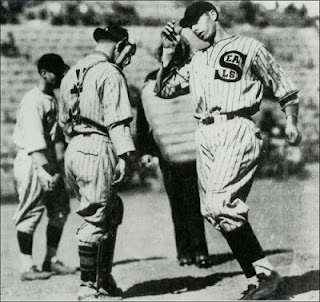 ~Tom Dreesen 1945 (Cubs fan 1945-present)
Does Tom Dreesen really need to give his credentials anymore as a true blue Cubs fan? If you question his ivy cred, consider the following…

*When Harry Caray had his stroke in 1987, Tom was one of the celebrities brought into the booth to fill in for him. He was already Harry’s friend at the time.

*In George Castle’s book “I Remember Harry Caray,” Dreesen told some of his favorite Harry Caray stories. This one is my favorite: “I saw Harry before the game and he told me he hadn’t had a drink in two years…He said ‘You know all that stuff, that people tell you can have just as much fun not drinking as you can have drinking? They’re full of s***. I’ve never been so bored in all my life.'”

*He has sung “Take Me Out to the Ballgame” more than ten times.

*One of those times he threw a hundred one dollar bills into the crowd and yelled “Have a beer on Harry Caray.” Tom relates what happened next: “The next day, some radio guy said I’d been throwing 20s and 50s, and sure enough, people started calling in saying they’d gotten one of the fifties. I wasn’t about to tell anyone I hadn’t been that charitable.”

*He wrote the introduction to the book “Cubbies: Quotations and the Chicago Cubs”

*He has spoken openly of the hardship of being a Cubs fan that grew up on the South Side of Chicago (actually Harvey).

*He has been on hand to help lead rallies when the Cubs won their division.

*And finally, my favorite Tom Dreesen quote about the Cubs. He said this in 2006: “Our hope is always that this is the year. I have two thoughts on this. First of all, there are less suicides among Cubs’ fans than any other fandom in America because we always think well maybe this will be the year. So I worry that if the Cubs ever win the World Series the following day 20,000 people will leap off of the top of the Tribune Tower. There are Cubs fans everywhere.”

Dreesen also recommends this book, available in the Just One Bad Century store…

Audio and video of players beginning with D…

AUDIO: Play by play of two balls in play at once…(Al Dark)

AUDIO: A song inspired by Andre called “He’s a Hero”… 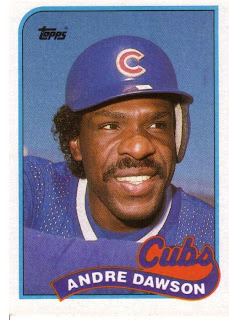