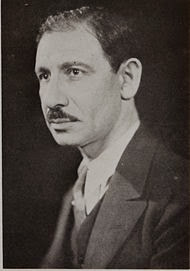 ~Franklin P. Adams 1881–1960 (Cubs hater/immortalizer)
He wrote the most famous poem ever written about the Cubs, “Baseball’s Sad Lexicon”, and it was so memorable it probably got Joe Tinker, Johnny Evers, and Frank Chance elected into the Hall of Fame. The poem went as follows…

~Mickey Livingston 1914–1983 (Cubs 1943-1947)
The Cubs acquired Mickey from the Phillies in exchange for our one-time pitching ace Bill Lee. Mickey was slated to be the Cubs starting catcher after Clyde McCullough was drafted into the military, but Mickey’s draft board decided to reclassify his medical status at the last second, and drafted him too. After enduring boot camp, the Army discovered that their initial ruling was correct. He was experiencing horrible headaches because of a previous concussion. So, Mickey was reclassified once again, and reported for duty with the Cubs instead. He was very lucky. His Army company fought in the Battle of the Bulge. Only 300 of the 5000 men in his company survived. Mickey had a pretty good year for the Cubs in 1945 as their primary catcher. He only struck out six times in over 200 at-bats. He also hit .364 and drove in four runs in the World Series. Livingston played with the Cubs until 1947, and in the big leagues until 1951.

~Pat Ragan 1885–1956 (Cubs 1909)
Ragan had a couple of good seasons as a starting pitcher in the National League, winning 15 games one year for the Dodgers, and 17 games for the Braves another. He spent just a fraction of one season with the Cubs. It was the second stop of his rookie season (he debuted with the Reds), and pitched in two games as a reliever.