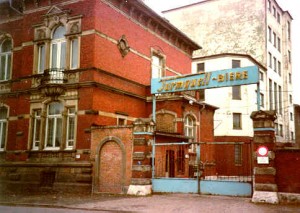 *The Philippines are declared liberated. Among those fighting in the battle: Rod Serling. He later tells quite a few war stories in his series “The Twilight Zone.”

*Truman is informed that Japan will talk peace if it can retain the reign of the Emperor. 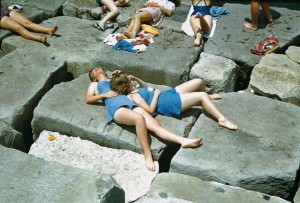 *The beaches are sprayed with DDT to kill mosquitos and flies. (Photo: sunbathers on the 55th Street beach)

*Nancy Davis turns 24, quits her job as a sales clerk at Marshall Field’s in Chicago, and moves east to become an actress in New York. She will later meet and marry Ronald Reagan.

*Satchel Paige turns 39. (photo) He is the highest paid player in baseball ($40,000) but isn’t playing in the majors. Last season he played an exhibition at Wrigley Field, against the Dizzy Dean All-Stars. The game, which was played to raise money for the Navy Relief Fund, was the first time a “colored” team ever played at Wrigley.

*The Cubs are on fire. They win ten games in a row, including a double header against the Phillies, and vault themselves into first place.

*The All-Star game was supposed to be played this week, but it was canceled at the beginning of the season. The league was trying all season to save on travel costs in support of the war effort, and NL President Ford Frick estimated that canceling the game would save 50,000 travel miles.

*“The Corn is Green” is released starring Bette Davis.

*Burt Ward is born. He will become Robin, the Boy Wonder.

*Donald Rumsfeld celebrates his 13th birthday in Winnetka. He is a Cubs fan. 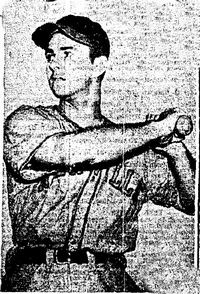 Cub of the week: CHARLIE GILBERT
He’s a fresh-faced young outfielder that came to the Cubs with a lot of baggage. It wasn’t his fault that the Cubs acquired him for future Hall of Famer Billy Herman in 1941–but the fans certainly never forgot it. It also didn’t help that he was drafted into the military before the 1944 season, and that’s where he is this week as he celebrates his 26th birthday. He is stationed at the Pearl Harbor Submarine Base in Hawaii, and won’t rejoin the Cubs until after being discharged on February 6, 1946. He’ll get 13 at-bats for the Cubs in 1946, but they will trade him before the year is out.