Historical Events (March): Where were the Cubs?

Where Were The Cubs? 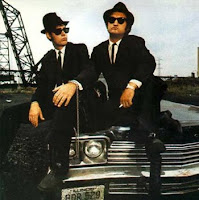 On this day in 1982, famous Cubs fan John Belushi died at the way too young age of 33. His career was peppered with references to his favorite baseball team. On Saturday Night Live, he flipped “Cheesborgers” in a place eerily similar to the place that allegedly brought us our World Series curse…the Billy Goat Tavern.

Even more famously, in the classic film “The Blues Brothers,” Jake and Elwood say that their address is 1060 West Addison Street. When the band of moronic Nazis turn up at the brothers’ official address, they are none to pleased to discover what is really there…Wrigley Field.

Just a few months before John died in 1982, the Tribune bought the Cubs. John called them “the fascist paper from Chicago.” A few months later, Harry Caray was named to replace the retiring Jack Brickhouse in the broadcast booth. Sporting News writer Bill Conlin wrote: “Harry Caray taking over for Brickhouse will have about the same shock value as John Belushi taking over the network news.” 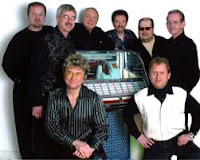 They had some big hits in the late 60s, early 70s (including “Vehicle”), but in 1998 they also contributed a great song to Cubs lore. It’s called “Finally Next Year”. Unfortunately the team didn’t live up to the song.

Bronco Billy Anderson was born. At the time of the Cubs World Series dynasty, he was a huge movie star. Chicago was also the movie capitol of the world at the time, thanks to Bronco Billy’s movie studio, Essanay. The studio was located on Argyle Street in the Uptown neighborhood. At that time there was still quite a bit of open space to film in that neighborhood, and Essanay preferred to shoot outdoors if possible. They also built an indoor studio at that location.

On the day the studio opened in 1907, the Cubs were in the midst of a magical season, on their way to their first World Series title. The Cubs built one of the greatest dynasties in baseball history, and Essanay was doing the same on Argyle Street. Anderson was the talent. He was a former vaudeville actor who became famous playing one of the outlaws in the 1903 mega-hit, “The Great Train Robbery”.

Essanay quickly became the studio for westerns and comedy. “Bronco Billy” cranked out one western a week for 376 straight weeks. (A few were shot in the Rogers Park neighborhood of Chicago, the rest at Essanay locations in Colorado or California.)

Despite Bronco Billy’s success, however, the studio really lived and died with another star that came a few years later, Charlie Chaplin. He created maybe his most famous film of all time, “The Tramp”, during his Essanay era. Other Essanay Chaplin titles include “The Champion”, “The Bank”, and “Shanghaied.” But most of Chaplin’s Essanay work wasn’t filmed in Chicago. The only one he shot here was “His New Job.”

Essanay studios was only operating in Chicago for eleven years, but in those years, the Cubs were in the World Series three times, and began playing their games in what is now known as Wrigley Field. It was a critical era in Cubs and Chicago history.