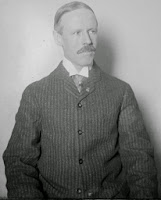 ~John Clarkson 1861–1909 (White Stockings 1884-1887)
John Clarkson would have won several Cy Young Awards if he wasn’t a contemporary of Young. He started 70(!) games for the Cubs in 1885 and won 53(!) of them, easily the most in the league. 10 of those wins were shutouts. In 1887 he led the league in wins and strikeouts while starting 60 games. Those two seasons were definitely worthy of the award. The rest of his career wasn’t so bad either. He finished with 328 career wins. In 1963, 54 years after his death, John Clarkson was inducted into baseball’s Hall of Fame.

~Hersh Freeman 1928–2004 (Cubs 1958)
Freeman’s nickname was Buster. Unfortunately for the Cubs, that nickname may have described what he could do to close games when he came in from the bullpen. He had been a pretty solid reliever for the Reds (he won 14 and saved 18 in 1956) and the Cubs thought he was worth the gamble when they traded Turk Lown for him in the middle of the ’58 season, but in 13 innings for the Cubs he gave up 23 hits and 12 runs and never pitched in the big leagues again. Turk Lown, by the way, was traded by the Reds to the White Sox, and became a key member of their 1959 pennant-winning pitching staff.

~Frank Baumann 1933– (Cubs 1965)
Baumann had already pitched in the big leagues for ten years when he arrived on the north side of Chicago. He had a few very good years for the White Sox in the early 60s (leading the league in ERA), but by 1965, he was nearing the end of the line. He only made four appearances for the Cubs and was hit pretty hard. The Cubs cut him loose in May, and his major league career was over.

~Fred Holmes 1878–1956 (Cubs 1904)
Holmes played exactly one game for his hometown Cubs on April 24, 1904. He was the catcher for Three Finger Mordecai Brown against St. Louis at West Side Grounds. Fred went 1 for 3 with a double and a run scored.

~Mike Montgomery 1989– (Cubs 2016-2019)
The Cubs picked up Montgomery midseason from the Seattle Mariners to help fill a hole in the bullpen. They gave up a few good prospects for him too, including the highly-touted Dan Vogelbach. Mike wasn’t thrilled about the trade at first, and his performance showed it. But in the home stretch of the season he went into the starting rotation and pitched well. In the playoffs he was one of the only relievers Joe Maddon trusted. When the Cubs finally won their first World Series in 108 years, Mike Montgomery was the pitcher on the mound. It was his first career save. In 2017 Montgomery was given a shot at the rotation when other pitchers (Lester, Hendricks) were injured. He responded very well in that role. Unfortunately, he didn’t respond as well in the playoffs when he was back in his relief role. He gave up 14 hits (including 3 HRs) and walked four more in only 4 1/3 innings pitched. In 2018, Mike became a part of the starting rotation again after the injury to Darvish and the ineffectiveness of Chatwood. By mid 2019, the Cubs had given up on Mike. They traded him to the Royals in July. Montgomery’s time in Chicago may have been up and down, but he will always be remembered for his role in that crucial Game 7 of the 2016 World Series.

~Dick Drott 1936–1985 (Cubs 1957-1961)
Drott burst onto the scene as a 20-year-old in a way that was eerily similar to a certain kid pitcher who arrived in Chicago in 1998. He struck out batters with abandon, was given a great nickname (Hummer), and finished third in the Rookie of the Year voting, with a record of 15-11. Like Kerry Wood, he also blew out his arm. Unfortunately for Drott, the medical profession wasn’t nearly as advanced in 1957 as it was thirty years later. Drott never reclaimed that former glory. Over the next six years he won fewer games combined than he did in his rookie season. By the time he was 26, his career was over.