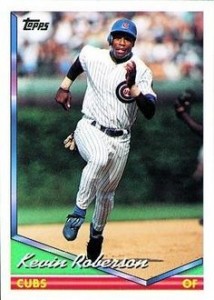 ~Bill Krieg 1859 (White Stockings 1885)
He played one game with Chicago, got three at bats, struck out twice, and made two errors as a catcher. Believe it or not, he did play another two years in the big leagues with Washington after that.

~Hy Cohen 1931 (Cubs 1955)
The big righthander (6’5″, 220 lbs) pitched in exactly seven games for them that year, between April and June. He was 24 years old at the time. He got his first action on April 17, 1955 when the Cubs starting pitcher Harry Perkowski couldn’t record an out in the first inning. Cohen pitched seven innings of relief to save the bullpen that day. But he was hit hard. He gave up 13 hits and 7 earned runs against the Cardinals. Ken Boyer doubled. Stan Musial tripled. Wally Moon homered. It was ugly. The final score was 14-1. In his final game on June 2nd, he entered under simliar circumstances in the second inning, and got hit hard again–this time by the Phillies. Hy never made it back to the big leagues. He pitched three more seasons in the minors before hanging up his spikes.

~Jim Tyrone 1949 (Cubs 1972-75)
The outfielder saw limited playing time with the Cubs during three different seasons. His brother Wayne also played in the Cubs organization at the same time, but somehow never played on the same team as his brother.