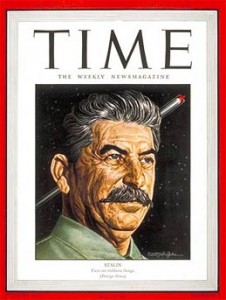 *The Soviet Union agrees to enter the Pacific War against Japan, once hostilities against Germany are concluded. The way things are going on Germany’s Eastern Front, that appears to be something that could happen in the near future. 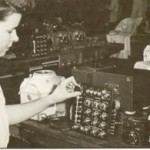 *Chicago is one of the industrial capitals of America, and most Chicagoans are working to help the war effort, including for the first time, women. (Photo: Some Chicago women on the assembly line.)

*George Halas, the legendary coach of the Bears celebrates his 50th birthday this week while serving in the South Pacific. He is organizing sports teams for the soldiers, and won’t be returning to the Bears until next season. 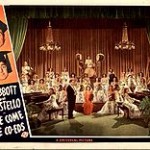 *Walt Disney’s “3 Caballeros” is released nationwide. One of the Caballeros is the immortal Donald Duck. He is a tour guide through Central and South America. Another Caballero is a parrot named Jose Carloca. 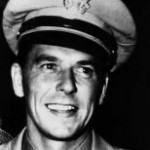 *Ronald Reagan turns 34. He is serving as a Captain in US Army Air Corp.

*Clark Gable celebrates his 44th birthday in Hollywood. He has just been discharged from the military.

*Red Buttons is in the US Army Air Corp performing for troops in Europe on his 26th birthday. He will perform at the Pottsdam conference later this year.

*Director John Ford turns 51. He is serving in the Navy as a filmmaker (he filmed D-day just 8 months ago.)

*Two babies named Robert are born: one to the Griese family in Evansville, Indiana, and another to the Marley family in a little town called Nine Mile, Jamaica.

Dewey Williams is one of the four catchers on the Cubs roster going into the 1945 season. He was the de-facto starter last season because Clyde McCoullough and Mickey Livingston were serving in the military. (Both will be back during the 1945 season–Livingston is back already, and McCoullough will return just before the World Series).

Dewey is known for his wacky sense of humor, his no-nonsense handling of the pitchers (he is the toughest of the four Cub catchers), and his versatility. During spring training in French Lick, the Cubs will be so short handed that Williams will play shortstop for awhile. During the season he will be one of the backup catchers.