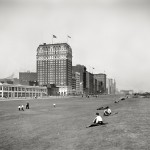 The city of Chicago is abuzz with tons of new construction. The big shoulders are getting stronger and sturdier, especially downtown.

City Hall is being built a few blocks away, but that project is dwarfed by the structure going up on the corner of Michigan Avenue and Balbo Street. This 290 ft (88 m) 21-story hotel will take two years to build and will be called The Blackstone Hotel. 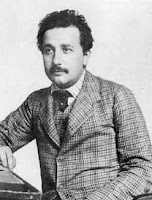 *The first Gideon Bible is placed in a hotel room on November 10th. Within 20 years of the first placement, the association distributed one million bibles.

*Giangxu, Emperor of China dies (Nov 14). He will be succeeded by his son, a young boy, who will become The Last Emperor.

*For those who don’t believe in the zodiac, consider the following birthdays this week. Sculptor Auguste Rodin turns 68 (Nov 12), Claude Monet turns 68 (Nov 14), and Georgia O’Keeffe celebrates her 21st birthday (Nov 15). O’Keefe is working in Chicago as a commercial artist, and doesn’t pick up a paint brush all year because the smell of turpentine makes her sick.

*George S. Patton turns 23 (Nov 11). Old Blood & Guts will be commissioned in the army next year.

*Aaron Copeland (Nov 12) celebrates his sixth birthday in Brooklyn. This young lad will go on to become one of America’s great composers of film and concert music; known as the dean of American composers.

*The eventual author of Roe vs. Wade, Harry Blackmun (Nov 12), and the future Senator Joe McCarthy (Nov 14) are born two days apart. Each man remains a controversial figures a century after his birth.

*Burgess Meredith (Nov 16) is born in Cleveland. He went on to win an Emmy.

If you travel back in time, and buy a box of Cracker Jacks, don’t be offended if it doesn’t contain a prize. Prizes aren’t included until 1913.