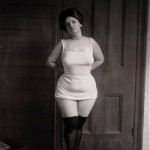 One of the biggest stories in Chicago is the “epidemic of white slavery.” White immigrant girls and innocent White American farm girls are being lured from all over the country to come to Chicago under false pretenses. They think they have received marriage proposals from men who appear to upstanding gentlemen, but when they arrive, they are sold into prostitution at one of the many brothels operating in Chicago’s notorious Levee district.

Outraged reformers have been camping out in the Levee district for months, trying to shame the men who frequent the establishments, and scare away the madams who run them. Chicago newspapers have been running accounts of these poor women who have fallen for the schemes. After this fails to spark action, the reformers take their cause to the Illinois State House and Senate in Springfield.

There the stories horrify lawmakers. The white slavery trade is openly blamed on the Jews and the French. In a unanimous vote, both the House and the Senate pass an anti-White Slavery law. The punishment for “pandering” or “recruiting” a white woman into prostitution (at a “disorderly house”) is 6 months in jail and $300 fine.

*The Chicago Cubs play a 17 inning game against the Braves in Boston. The game is called because of darkness, and ends as 1-1 tie. They go 3-1-1 for the week, sweeping the rest of the series with Boston and losing a game against Pittsburgh. At the end of the week the Cubs are still in first place with a 26-15-1 record. 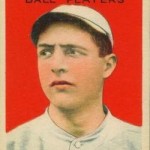 *Chicago Cubs backup Vin Campbell gets his only at bat of the year (June 6). He gets his chance only because the Cubs are decimated with injuries. Outfielder Jimmy Sheckard is out with an eye injury, reserve infielder Heinie Zimmerman is out because he was beaten up by his teammates for causing Sheckard’s eye injury, backup catcher Pat Moran was spiked, starting pitcher Chick Fraser was hit in his pitching hand with a line drive, starter Orval Overall has a bad back, and a flu bug is sidelining utilityman Solly Hofman, reserve Del Howard, and most importantly, first baseman Frank Chance & second baseman Johnny Evers. 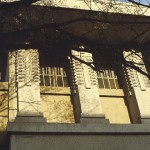 *Frank Lloyd Wright turns 41 years old (June 8th) and is living in Oak Park. He is building Unity Temple (his Unitarian Universalist church), which will be completed this year at 875 Lake Street in Oak Park.

*Little Johnny Weismuller (June 2) turns 4. The future Olympian and Tarzan is a Hungarian-German immigrant boy living at 1521 Cleveland Ave in the 22nd Ward of Chicago.

*Author Thomas Mann celebrates his 33rd birthday in Germany (June 6). He and his young wife are living in relative anonymity. In 1929 he will be awarded a Nobel Prize for literature.

Price Check: Princess Hair Tonic is 63 cents. What does it do? “Everything which an honest hair tonic can possibly do. When the hair is dead, nothing on earth can bring it to life. We, therefore, do not guarantee that princess hair tonic will grow hair on the back fence or make long flowing hair with two or three weeks use. No, all we claim is that Princess Hair Tonic is the best hair tonic and hair grower ever produced.”

If you travel back in time, don’t expect to find shampoo. On the other hand, if you’re traveling back to Springfield Massachusetts, buy one of those hair restoration products there. They don’t realize it’s shampoo yet, but that’s what it is.