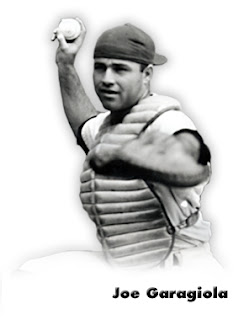 June 20, 1953.
The official temperature in Chicago is 104 degrees; the hottest recorded day in Chicago history. The heat doesn’t stop the Cubs or Dodgers, who play a day game in the unrelenting sun at Wrigley Field. Incredibly, 17,000+ fans come out to smolder in the steamy hot ballpark and watch the Cubs lose 5-3 to the Brooklyn Dodgers.

Hank Sauer hits a homer, but two errors by shortstop Roy Smalley cost the Cubs the ballgame. Rookie of the year second baseman Jim Gilliam knocks in the winning run in the seventh inning. Joe Garagiola starts at catcher for the Cubs and catches all nine innings. Roy Campanella does the same for the Brooklyn Dodgers. Both men probably lose about ten pounds in the sweltering heat.

June 18: In 2011 the Yankees are in town for a much-hyped interleague series with the Cubs. On this day the Cubs fall short 4-3, despite a rare homer allowed by Mariano Rivera (Reed Johnson hits it).

June 19: In 2009 the Cubs overcome an 86 minute rain delay to stage a dramatic comeback. Down 7-0 in the fifth inning, they begin chipping away at the lead. They score one in the fifth, one in the sixth, and four more in the eighth. In the bottom of the ninth inning Derrek Lee ties the score with a solo home run, and then in the bottom of the tenth, Ryan Theriot knocks in Alfonso Soriano with the winning run…In 2016, Cubs rookie Willson Contreras hits a homer on the first big league pitch he sees.

June 20: In 1916, the Cubs brand new mascot, a live bear cub named JOA (named after the man who donated him, Cubs minority owner J. Ogden Armour), is unveiled in a cage at Addison and Sheffield. The game is rained out, but JOA will live there all season. Armour will sell him to the Lincoln Park Zoo for $20 in September.

June 21: In 1928 Hack Wilson is being heckled all day by a fan during a double header at Wrigley. After he grounds out in the ninth inning of the second game, he can’t take it anymore. He climbs into the stands and beats him up. Two of Hack’s teammates try feverishly to break it up, and police have to be called in to disperse the crowd…In 1959, rookie right-hander John Buzhardt pitches a one-hitter against the Phillies. Former Cub Carl Sawatski gets the only hit, a single in the third inning.

June 22: In 1969 the Cubs play a double-header against the Expos on a wet and rainy day. The first game s delayed forty minutes by rain, before the Cubs scored four runs in the bottom of the ninth to win the game 7-6. Jim Hickman gets the game-winning homer. In the second game, the two teams only make it through six innings before the game has to be called for darkness. The Expos win that one, 5-4. 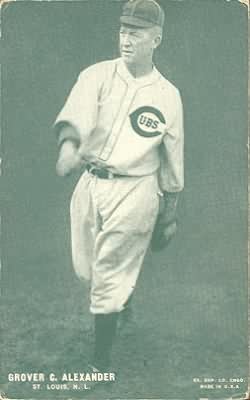 June 21, 1926
The Cubs decide they have had enough of their star pitcher Grover Cleveland Alexander. In the ten previous days, he has shown up drunk six times. One of the those times he was so drunk, he passed out on the dugout bench, reeking of alcohol. (This is during Prohibition, mind you). He hadn’t shown up at all for two more games. Manager Joe McCarthy goes to the front office, and asks them to get rid of the Hall of Famer.

The following day Alexander is sold to the Cardinals. With the Cardinals he is reunited with his old battery-mate Bill Killefer, and puts it together the rest of the season. At the age of 39, he leads the Cardinals to their first ever World Series championship.

You can see him in action here during Game 6. The World Series ends in Game 7 when Babe Ruth is called out trying to steal second base.