*Hitler visits the Eastern front, which is getting closer and closer to Berlin.

*Meanwhile, in the Pacific, 980 Japanese soldiers die as a result of a killing spree by long saltwater crocodiles that began on February 19 and ended on Feb 20 in Ramree, Burma.

*And the Battle of Iwo Jima begins, as about 30,000 United States Marines land on Iwo Jima.

Chicagoans actually read. This is the list of best selling books this week:

*Harvey Korman turns 18. He is serving in the US Navy. 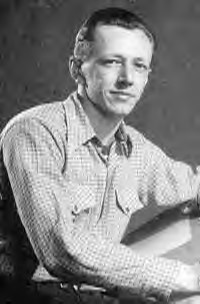 *Charles Schultz (photo) is 19. He and his unit in the 20th Armored Division have just arrived in France. Schultz is a Staff Sergeant.

*Joe Gordon is already a celebrity. He’s the Yankees starting second baseman, but not in 1945. His 30th birthday finds him serving stateside in the military.

*Jack Palance turns 26. He is just out of the service, studying at Stanford. 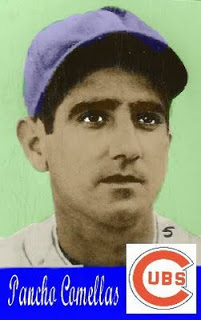 Jorge Comellas is a pitcher the Cubs signed out of Havana Cuba, and they have high hopes he can contribute in the 1945 season because he won 18 games with a 2.44 ERA for their minor league club in Los Angeles in 1944. Unfortunately, he doesn’t report at the beginning of spring training, and the team has no idea where he is. This angers both manager Charlie Grimm and GM John Gallagher. Jorge won’t arrive in French Lick until the week before the season starts.

Comellas won’t win a single game for the Cubs in seven appearances, and will be hit pretty hard. At the end of May they send him back to the minors, from which he will never return. His short stint on the 1945 Cubs comprises his entire major league career.