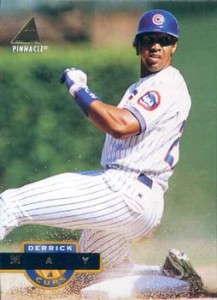 ~Scott May 1961 (Cubs 1991)
He was a September call up at the end of the 1991 season and appeared in two games. The righthanded reliever gave up six hits and four earned runs in only two innings (an ERA of 18.00). It was his last chance at the big leagues. He previously had a cup of coffee with the Rangers.