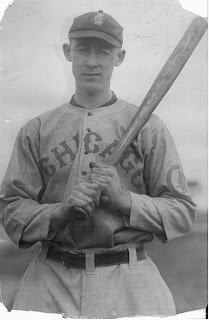 ~Milo Allison 1890–1957 (Cubs 1913-1914)
Milo played a grand total of three games for the Cubs over two seasons in West Side Grounds. The outfielder did manage to get a few hits and a stolen base in his extremely limited playing time. He later played for Cleveland as well. After his playing career, Milo settled in Kenosha, Wisconsin.

~Kurt Seibert 1955– (Cubs 1979)
Kurt was a third round draft choice of the Cubs who showed a lot of speed in the minors (one year he stole 37 bases), but the second baseman only made it up to the big leagues once–and that was as a September call up. The Cubs used him mainly as a pinch runner that September. He appeared in seven games and scored two runs.