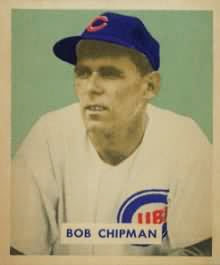 ~Rick James 1947– (Cubs 1967)
No record of whether or not this Rick James was super-freaky, but he was a highly touted prospect. The Cubs had the sixth pick in the very first amateur draft (1965) and chose pitcher Rick James. He only pitched three big league games. His ERA was 13.50 in those games. The player chosen right after him was future All-Star catcher Ray Fosse. Not a good start for the Cubs in the draft era.