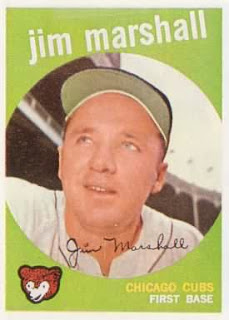 ~Brad Snyder 1982– (Cubs 2010-2011)
Snyder was a first round pick of the Indians, so the Cubs gambled that his pedigree would pay off when they got him on waivers. It didn’t. In parts of two seasons with the Cubs, the outfielder hit .167. He later played for the Rangers before moving on to Korea.

~Scott Hairston 1980– (Cubs 2013)
His grandfather Sam was a big leaguer, so was his father Jerry Sr., and his brother Jerry Jr. Scott probably had the most power of any of them. He had a few very good power seasons for the Padres (17 HRs twice) and Mets (20 homers). But he was supposed to platoon in right field with Nate Schierholtz for the Cubs in 2013, and it didn’t work out too well. Scott only hit .172 before being traded to the Washington Nationals.

~Randall Simon 1975– (Cubs 2003)
The Cubs acquired Simon from the Pirates to bolster their lineup during their division champion season of 2003. He shared the first base position with Eric Karros, and got several clutch hits during the pennant drive. He even hit well in the 2003 playoffs. In the two postseason series, he hit .333 with a homer and six RBI. After the season he signed up with Pittsburgh again. Simon will always be remembered for something that had nothing do with baseball. During the famous “sausage race” in Milwaukee, he once hit the Italian sausage with a bat and knocked her over.

~Todd Walker 1973– (Cubs 2004-2006)
Walker was a playoff star with the Boston Red Sox in 2003. He hit 5 homers in the ALCS that the Red Sox lost in seven games to the Yankees. The Cubs signed him as a free agent after that performance, and Walker had a few solid years with the Cubs. He hit 15 homers in his first year in Chicago, and followed that up with a .305 average the following year. In the midst of a horrible 2006 season (for the Cubs, not Walker), the team traded him to the Padres. Walker played for seven teams in his twelve-year big league career.

~Angel Echevarria 1971– (Cubs 2002)
By the time Angel arrived in Chicago, the first baseman was already 31 years old. He had a few cups of coffee with Colorado and Milwaukee before playing for the Cubs. Angel hit pretty well (a career-high .306) and drove in some big runs (21 RBI), but was never given another shot at the big-time.

~Neil Ramirez 1989– (Cubs 2014-2016)
Ramirez was one of four players acquired by the Cubs in the trade that sent Matt Garza to the Rangers (along with Justin Grimm, Mike Olt, and CJ Edwards). Initially, Ramirez was the best of the bunch. He had a breakout season in 2014, when he appeared in 50 games, struck out 53 batters, and posted an ERA of 1.44. He suffered through arm problems in 2015, however, and was never the same pitcher. The Cubs waived him in May of 2016. He pitched for the Brewers and Twins the rest of 2016.

~Bob Wicker 1878–1955 (Cubs 1903-1906)
Wicker was an outstanding starting pitcher for the Cubs in the years just before their dynasty. He won 20 games in his first season in Chicago, and another 30 games over the following two seasons, but started off slow in 1906. The Cubs traded him to the Reds for fellow starter Orval Overall. Orval became a vital part of the World Series champion Cubs, while Wicker never pitched in the big leagues again after the 1906 season.