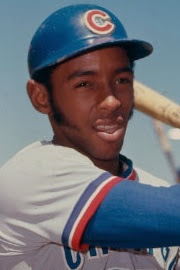 ~Bill North 1948– (Cubs 1971-1972)
It isn’t that difficult to understand what the Cubs were thinking on November 21, 1972. They were coming off four consecutive seasons where the pitching faltered at the end of the year. Cubs management believed that a better bullpen would save their starters, and in turn, preserve their chances to compete into September. Meanwhile, they had a speedster named Billy North just promoted from their minor league system and nowhere to play him. With Billy Williams entrenched in left field, Jose Cardenal in right, and former #1 draft choice Rick Monday in centerfield, the Cubs thought they could afford to give up their talented young centerfielder Billy North. So they traded another potential superstar speedster. Unlike Lou Brock, who would torment the Cubs for a full decade, Billy North was traded somewhere he couldn’t hurt them: Oakland. The only problem with this scenario, of course, is what they got in return. The Cubs traded one of their rare home-grown position players to the A’s for Bob Locker, a soon-to-be washed up 35-year-old relief pitcher. North became the leadoff hitter for the World Series champs, igniting one of the best lineups in baseball history. 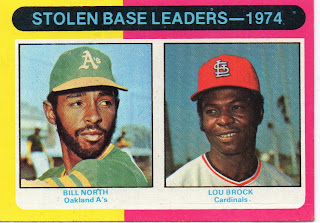 ~Ben Johnson 1931– (Cubs 1959-1960)
Johnson was basically a career minor-leaguer. He played sixteen years in the minors and only had two small cups of coffee with the Cubs. He pitched well as a 28-year-old rookie in September of ’59, which led to a more extended shot the following season. He pitched out of the bullpen for seventeen games and registered an ERA of nearly 5. His big league career never made it into his 30s.

~Jim Adduci 1985– (Cubs 2019)
The well-travelled Aducci was part of the Cubs minor league system a decade before the outfielder finally broke through to play with the big league club. By that time he was already 34 years old. Adduci was given a paltry five plate appearances at the end of May. Between those two stints he played in the big leagues with the Tigers and Rangers, and in the Korean League as well. His father Jim also played in the big leagues in the 90s. Both father and son are Chicagoans. Dad went to Brother Rice High School, while the son attended Evergreen Park High.

~Fred Baczewski 1926–1976 (Cubs 1953)
Fred made the Cubs out of spring training in 1953 but was traded to the Reds in June for Bubba Church. Fred was a left-handed pitcher. Can you guess what his nickname was? That’s right, they called him Lefty.

~Ed Baecht 1907–1957 (Cubs 1931-1932)
Baecht was a pitcher who made it up to the Cubs for a brief stint in 1931. That was a year of great turmoil in the Cubs clubhouse. The manager (Rogers Hornsby) and slugger (Hack Wilson) were hardly on speaking terms. Baecht kept his head down and pitched fairly well in 22 games. Ed’s problem was his command. His lifetime WHIP (Walks+Hits per Innings Pitched) was an astounding 1.73.

~Steve Yerkes 1888–1971 (Cubs 1916)
Yerkes was a World Series hero immortalized in a poem by writer Grantland Rice, but that was before he came to the Cubs. He was a slick-fielding second baseman and clutch hitter for the Boston Red Sox in the American League, and then played in the Federal League and starred there as well. When Cubs manager Joe Tinker acquired him for the team’s inaugural season at Wrigley, he figured he had something special. But Yerkes didn’t do much for the Cubs and his big league career ended at the age of 28. The rest of his life was a struggle. His son died in childhood. His brother (another former big leaguer) killed himself. Yerkes stayed in baseball in the minor leagues, coaching and managing, finally ending his career as the freshman coach at Yale.

~Fred Goldsmith 1856–1939 (White Stockings 1880-1884)
Goldsmith was a great pitcher for the Cubs (then known as the White Stockings) during their early National League dynasty. He won 20 or more games four years in a row. Many baseball historians credit Fred as the inventor of the curveball. He is the first known person to have given a public demonstration of it (way back in 1870), and when he died, several baseball broadcasters and writers eulogized him as the “father of the curveball”. Unfortunately for Goldsmith’s legacy, another man was inducted into the Baseball Hall of Fame for that very thing–Goldsmith’s old rival Candy Cummings.