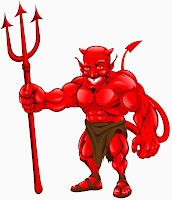 ~Steve Garvey 1948 (Cubs killer 1984)
On December 22, 1948, a darkness fell over Chicago when a boy was born in Tampa, Florida. His parents named the innocent looking lad Steven Patrick Garvey. 34 years later he would grab a dagger and stick it into the collective hearts of Cub fans all over the world. He has never been prosecuted for his crime. (Photo: Steve Garvey)

~Elrod Hendricks 1940 (Cubs 1972)
He was the starting catcher for three consecutive Baltimore Orioles World Series teams, including the 1970 World Series champions. By 1972, he had fallen out of favor in Baltimore, so they traded Elrod to the Cubs for Tommy Davis. Davis played incredibly well for Orioles, and Hendricks didn’t do much for the Cubs, so the Cubs traded Elrod back to the Orioles in 1973. Hendricks played in another ALCS for the Orioles in 1974.