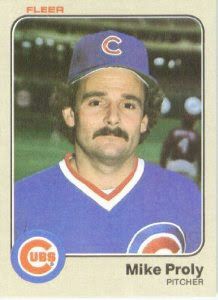 ~Luis Montanez 1981 (Cubs 2011)
Montanez was the third overall pick in the 2000 draft, but he moved very slowly through the Cubs minor league system. So slowly that they eventually gave up on him. But Monanez kept working at it, and finally made it to the big leagues in 2008 with the Baltimore Orioles. He was a reserve outfielder for them, and did well in limited action his rookie season, hitting .295. The Cubs eventually reacquired him before the 2011 season, and Montanez played his last big league season with the Cubs. Don’t be too upset with the Cubs. 17 of the players picked in that first round never made it to the big leagues. Of course, a few of them that did (Adam Wainright, Chase Utley, Rocco Baldelli) sure would have looked nice in a Cubs uniform.

~Aaron Miles 1976 (Cubs 2009)
He was coming off a good season with the Cardinals (.317 average) and appeared to be a good signing by the Cubs, but Aaron Miles never put it together in Chicago. By August the fed up Cubs shipped him off in a trade to Oakland.

~Mike Prendergast 1888 (Cubs 1916-1917)
He was on the Chicago Federal Whales roster the day Wrigley Field opened. He pitched well in the two seasons that the Federal League was around–well enough to be asked to stay when the Cubs took over the ballpark in 1916. In two seasons in a Cubs uniform, Prendergast won 9 and lost 17, but his real value to the Cubs came in the trade market. Prendergast and teammate Pickles Dillhoefer were traded to the Phillies for Hall of Famer Grover Cleveland Alexander and his catcher Bill Killefer.