This Week in Wrigley History (April 9-15) 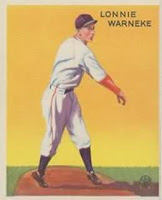 On April 12, 1933, the Wrigley Field crowd is happier than it has been since 1919. This is the first game at Wrigley Field since Prohibition has been repealed, although it would be another month before beer is officially available again. The Cubs are the defending NL Champs, and the crowd of 25,000 witnesses a great pitching performance by Cubs ace Lon Warneke. He out-duels the best pitcher in baseball, Dizzy Dean, throwing a 4-hit shutout against a Cardinals lineup that features future Hall of Famers Joe Medwick and Frankie Frisch. Warneke’s battery-mate Gabby Hartnett is the hitting star for the Cubs. He gets three hits, and knocks in two runs, as the Cubs win the game 3-0. Neither the Cubs nor the Cardinals end the season in first place in 1933. The National League pennant goes to the New York Giants. They beat the Washington Senators in the World Series.

April 9: Opening day 1963 is one of the coldest days in Wrigley history. The temperature reads 30 degrees, but the wind chill makes it feel even colder. The organist has some fun with the cold by playing the song “Jingle Bells” between innings. Don Drysdale is on the mound for the Dodgers. On this day, the Cubs are no match for him. He wins the game 5-1…In 1989, the wind chill is 8 degrees for another ridiculously chilly game.

April 10: In Billy Williams’ first season as a Cub (1959), opening day is snowed out. In his last season as a Cub (1974), Billy singles to right field in the bottom of the tenth to score Rick Monday and Jerry Morales, and lead the Cubs to a walk-off victory. Ray Burris gets the victory… In 1992, Sammy Sosa plays his first game in Wrigley as a Cub, a 2-1 loss to the Cardinals.

April 11: In the 1967 home opener, Fergie Jenkins leads the Cubs to a 4-2 victory over the team that traded him the year before, the Philadelphia Phillies. Fergie will start every opening day for the next six years…In 1969 on this date, the Montreal Expos come to Wrigley for the first time ever. Joe Niekro shuts them out for nine innings but doesn’t get the win. The Cubs score the game’s only run in the bottom of the twelfth on a Billy Williams single.

April 12: On this day in 1927, former Cub Grover Cleveland Alexander returns to Chicago to face his old teammates on Opening Day. They pound him and the Cubs win 10-1… In 1965, the Cubs experience something at Wrigley that could not happen today. The game is called because of darkness.

April 13: 1921 is the first season that baseball has a commissioner on Opening Day and Judge Kenesaw Mountain Landis chooses to spend it watching his favorite team, the Cubs, playing at Cubs Park. Grover Cleveland Alexander bests the St. Louis Cardinals for a 5-2 cubs victory… In 1976, the Cubs have another exciting day. Rick Monday singles in the winning run in the bottom of the ninth inning… In 1984, the Cubs crush Dwight Gooden and the Mets 11-2…In 2003, Kerry Wood strikes out 13 Pirates and the Cubs win 4-0.

April 15: One of the biggest stars in America is in the stands for the opening game of the 1947 season. Bing Crosby is there to see the team he co-owns, the Pirates, take on the Cubs. The Pirates emerge victorious…In 1961, Al Heist hits a walk off grand slam to win the game for the Cubs.

April 14, 1970, the Cubs win their home opener against the Philadelphia Phillies. No one notices that it’s the first game in Cubs uniform for Johnny Callison, or that one of the players he was traded for, Dick Selma, pitches in relief and gets pounded by the Cubs. The big story is the out of control crowd. There are so many fights in the stands, the Cubs institute new security measures. Among them, installing the screen at the top of the wall–to keep the fans from coming onto the field.

Before that was put up, drunken fans had a tendency to fall…hard. The reason the baskets are still up is that they have been incredibly successful at achieving their main goal: keeping inebriated fans from falling onto the playing field. Despite what former ESPN commentator Joe Morgan has said, putting up that screen had absolutely nothing to do with getting more “cheap home runs” for Ernie Banks. Ernie only played one of his 18 Cubs seasons with the screen in place. Joe Morgan should know better.