Cubs utility player Solly Hofman turns 26 years old. He is finally celebrating his wedding and honeymoon, something that manager Frank Chance made him put off until the season ended. Hofman followed the boss’ orders without complaint: “I guess Miss Looker’s just gonna have to wait.”

His teammates love Hofman, and not just for his willingness to take one for the team. He and his fellow outfielder Jimmy Sheckard do a Vaudeville comedy routine about the early days of baseball. Their bit involves Moses and forty days of rain, and they trot it out every time the Cubs are stuck in a rain delay.

Solly is best known to the rest of the country for his role in the Merkle Boner game (he was the centerfielder who retrieved the ball the first time), but in the coming seasons he will become a more important part of the team, shedding the utility man tag to become a full-time starter. In 1910 he will accomplish something that seems almost impossible. He plays an entire nine inning game at first base without recording a single putout.

*HG Wells comes out with a book that predicts air warfare and a World War. The book is called: “The War in the Air.”

*17 year old (Oct 29) Fanny Brice drops out of school to join a burlesque review. Two years later she was headlining the Ziegfield Follies. 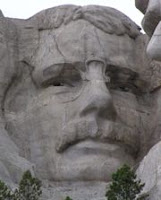 *The occupant of the White House, President Theodore Roosevelt turns 50 (Oct. 27). He is working hard to get his Secretary of War, William Howard Taft, elected President. Roosevelt will succeed at that task, but he’ll become disappointed in the performance of his protege and run against him as a third party candidate in 1912. Roosevelt was the first president to ride in an automobile, the first president to visit a foreign country while in office (Panama), and his mark is still felt in our every day lives in two ways that don’t immediately come to mind: The Teddy Bear is named after him, and he is said to have coined the phrase “Good to the Last Drop” when he drank a cup of coffee at the Maxwell House Hotel in Tennessee. Despite his youth and vitality, Roosevelt will live only ten more years. Many years after his death he will be honored as one of the four presidents on Mount Rushmore.

*Angelino Siciliano celebrates his 15th birthday on October 30th. He is a 97-pound weakling immigrant boy who gets sand kicked in his face by bullies. That inspires him to start working out, and before he is done he will become known as Charles Atlas, the “World’s Most Perfectly Developed Man.”

*In Ohio, a largely unknown Lieutenant Governor turns 43 years old on November 2nd. Warren Harding will become the President of the United States in twelve years. He is also a Cubs fan, and attended several Cubs games. When he becomes president he will invite Cubs great Cap Anson to visit him in the White House. (Photo: Warren Harding and Cap Anson, with Anson’s daughters)

Price check: For the working man, a reversible leather and corduroy vest is $2.68.

If you go back in time, and you want to make some scrambled eggs, realize that you won’t be making them in a Teflon frying pan. Teflon won’t exist until 1954.