Reformers also don’t know that one of the madams in Chicago actually gave out $5 coupons toward each prospective voter’s next “purchase” in her establishment in exchange for votes for Busse. The reformers might not have gotten what they were hoping for with Busse, but judging by the line out the door to redeem those coupons, a few people got exactly what they expected.

On their way back from spring training the Cubs play a scrimmage game in Terre Haute against Mordecai Brown’s neighbors. They show no mercy, beating the crap out of the team 10-1. 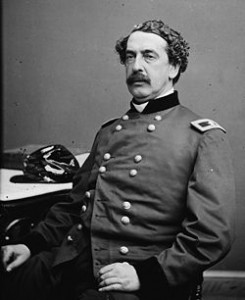 ~Abner Doubleday is officially declared the founder of baseball (April 2nd). Doubleday, a Union general, has been dead for fifteen years. The story of his founding baseball, however, only emerged a few years ago. A man named Abner Graves swore that he saw Doubleday come up with it on a playground. Unfortunately, there were several problems with this story. Doubleday was at West Point when Graves swore he was in Cooperstown, New York. Also, Doublday didn’t say anything at all about baseball in his memoirs. Finally, Graves was 15 years younger than Doubleday and therefore a highly unlikely playmate. But it fits into the pro-American anti-immigrant feelings of the times, and effectively shuts up everyone who claims that baseball is extremely similar to the British game of Rounders. Word of Graves’ story has spread quickly, and the legend of Doubleday is beginning to draw tourists to his hometown of Cooperstown, and no-one objects when he is named the founder of the game. The Baseball Hall of Fame will be built in Cooperstown in 31 years.

~The most famous singer in the world in 1908, is Enrico Caruso. This was recorded in March… 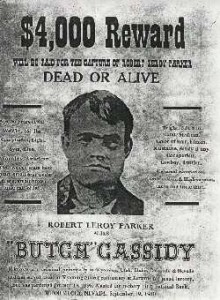 ~Outlaw Butch Cassidy celebrates his 42nd birthday in Bolivia (April 6). This will be his last birthday. Also, sadly for Butch, he looks nothing like Paul Newman.

~Booker T. Washington turns 52 (April 5). He is widely considered to be the spokesperson for black people, and is being billed as “The Great Negro Educator” on the speaking tour he is conducting this year.

Price Check: A fireproof safe made of steel and cement, weighing 762 pounds, goes for $23.62 at Sears Roebuck and Company.

If you travel back in time, don’t look for a crossword puzzle in the newspaper. They won’t be invented until 1913.