In New York, National League president Harry Pulliam starts showing signs of a nervous breakdown during an owners meeting. He has been the target of unrelenting heat from the New York Giants brass (especially their irascible manager John McGraw) about his ruling regarding the Merkle game. The New York press and fans have also been hounding him mercilessly. When the other owners turn on him too, he finally begins to crack, and he never recovers.

In a few months, Pulliam will shoot himself to death in an office at the New York Athletic Club. (The whole story of that game and it’s effects can be found here.)

*On Christmas Day, Jack Johnson becomes the first black Heavyweight Champion of the World. He later gets busted for transporting an underage woman (one of Chicago’s finest prostitutes) over state lines.

*Del Howard, an important Cubs backup (315 at bats in 1908), celebrates his 31st birthday on Christmas Eve.

*Cabel “Cab” Calloway celebrates his first birthday in Rochester, NY (Dec 25) He will become of the biggest stars of the 1930s.

*Humphrey Bogart turns 9 in New York City on that same Christmas day. His father is a doctor. Not sure whatever became of little Humphrey.

*Mao Tse Tung turns 15 (Dec 26). In the upcoming 1911 Revolution, he’ll fight as a soldier for the revolutionaries.

*Marlene Dietrich turns 7 (Dec 27) in Berlin. She will gain international stardom in the 1920s. 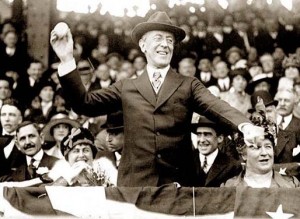 *Woodrow Wilson (Dec 28) turns 52. He is the President of Princeton, but will be President of the United States in only eight years.

*In Texas a little boy named Frank Turner is born. He will eventually become the architect of the nations interstate highway system.

Price Check: The hottest toy for this Christmas season is still the Teddy Bear. It goes for 75 cents.

If you go back in time, don’t ask for toast. The toaster won’t be invented until 1910.