One of the ugliest racial riots in American history occurs this week (Aug 14) in Springfield, Illinois. Before the race riots are over, forty homes are burned to the ground, 24 businesses are destroyed, and seven people are dead: two black people (lynched by the angry mob) and five white people (accidentally killed during the riot).

It all begins with a charge of rape. A black man named George Richardson is accused of rape by a white woman named Mabel Hallem. When word of this alleged crime is published in the newspaper (only a month after a similar claim by another white woman against another African American man inflamed racial tensions), the white population of Springfield erupts. An angry mob storms the jailhouse and demands the two black men be released and face instant “justice.” 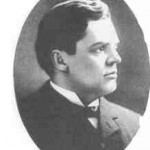 The scene is so ugly that the Governor of Illinois, Charles Dineen (photo), calls in the state militia to quell the violence. With the help of the state militia, the sheriff manages to get the prisoners out of town before they are killed. But the angry mob simply displaces their anger at all African Americans, and starts rampaging through their neighborhoods, burning down homes and businesses. At it’s peak, the mob is composed of 12,000 people. One black business owner, a barber named Scott Burton stands his ground in front of his business, and is shot to death. The mob drags his body into a town square and strings him up from a tree.

Then someone in the mob remembers another black man (84-year-old William Donnegan) is married to a white woman and lives nearby. They go his home, slit his throat, and string up his dead body from a tree in the schoolyard across the street from his home. This seems to satisfy the blood lust of the mob, and the riot finally ends.

107 people were eventually indicted for their roles in this ugly night, but only one was convicted…and he was convicted of stealing a saber from a guard. The woman who made the rape claim that started this whole thing later admits that she made it up. The rape never occurred.

As a result of this night, a meeting is held in New York City to discuss the national problem of racial intolerance. This incident is one of 89 confirmed lynchings in America in 1908, and reasonable Americans are appalled. That meeting in New York eventually leads to the creation of the NAACP.

*Of course, African-Americans have been banned from Major League baseball, and it’s not difficult to find major figures in the game who are openly racist. New York Giants manager John McGraw stops by Springfield the next time the Giants come into town. He calls the lynchings “so called outrages.” The townspeople give him a section of the rope used in the lynching as a souvenir, and he takes it on the road with the Giants as a good luck charm to replace the rabbit’s foot he had been using.

*Earlier this season, Ty Cobb got in trouble for kicking a black chambermaid in the stomach. He later beats up a black man in the street for being uppity. He is arrested for assault, fined $75, and happily pays it, because “that’s a small price to pay to get satisfaction.”

*The Cubs are at the worst point in the season, six games out of first place. This marks the furthest they have been from first place since 1905. That seems to snap them out of it, because they start an eight game winning streak, beating the Boston Braves and the Brooklyn Dodgers. 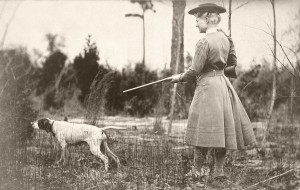 *Alfred Hitchcock turns 9 (Aug 13). He is a chubby little boy in England growing up in a home that believes in tough love. His father recently sent him to the police station wearing a note asking that he be put in jail for ten minutes because of bad behavior.

*The future Cowardly Lion turns 13 (Aug 13) in New York. His name is still Irving Lahrheim, but he will adopt the stage name Bert Lahr and go into show business when he turns 15.

*Mae West turns 16 (Aug 17). She is attending Erasmus Hall High School in Brooklyn. In three years she will be on Broadway.

Price Check: A sled (very much like the one named “Rosebud” in Citizen Caine) goes for 93 cents.

If you travel back in time, and your hay fever acts up, don’t ask for a Kleenex. They won’t be invented until 1924.