This Month in Wrigley History (December) 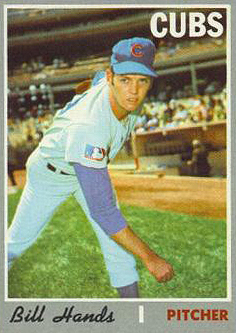 December 5, 1987: Cubs trade Palmeiro, Moyers and others for Mitch Williams

December 8: In 1940, Wrigley Field fans experienced a bonafide championship. Unfortunately for Cubs fans, it wasn’t a Chicago Cubs victory. It was a Chicago Bears win–and boy was it a doozy. The Bears beat the Washington Redskins that day 73-0; by far the most lopsided championship game in history. The coach of the Bears was Hall of Famer George Halas. Halas was a lifelong Cubs fan–and even named his team “The Bears” as a tribute to his favorite baseball team…In 1980, Cubs draft Jody Davis from Cardinals…In 1981: Cubs sign Fergie as free agent 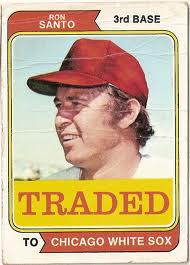 December 11: In 1917 Cubs trade for Grover Cleveland Alexander…In 1973, the Cubs traded their Hall of Fame third baseman Ron Santo to the Chicago White Sox. Santo was a nine time all-star (including 1973), but was clearly on the downside of his career. In return for Santo the Cubs got pitcher Steve Stone, catcher Steve Swisher, and pitcher Ken Frailing. It actually turned out to be a good deal for the Cubs. Santo only played one year for the White Sox and retired after hitting a woeful .221 for them. Steve Stone, on the other hand pitched three years for the Cubs (including a 12-win season in 1975), as did Ken Frailing, and Steve Swisher became a National League all-star in 1976. Santo was very upset by the trade, but he obviously eventually forgave the Cubs. His #10 flag will fly on the Wrigley Field foul pole forever…In 1997: Cubs trade for Henry Rodriguez

December 12: In 1937, the Cubs were still smarting from their 2nd place finish to the New York Giants, but Wrigley Field did not go without a championship game that year. On December 12, 1937, the Washington Redskins came to Wrigley Field to face the Chicago Bears for the NFL championship. The Bears were the Western Division champs with a record of 9-1-1, and the Redskins were the Eastern Division champs at 8-3. The rookie quarterback for the Redskins (Sammy Baugh) called the Wrigley turf that day “the worst I ever saw. The field had been torn up the previous week, and it froze solid with jagged clods sticking up. I’ve never seen so many people get cut up in a football game.” The Bears were led by Hall of Famer Bronko Nagurski, but they couldn’t stop the Redskins passing game and lost 28-21. Sammy Baugh became the leagues first superstar passing quarterback.

December 17: In 1933, the Chicago Bears beat the Giants 23-21 at Wrigley Field to win the NFL Championship. It was the first East vs. West matchup for the title.

December 21: In 1941, just two weeks after the Pearl Harbor attack, Cubs owner P.K. Wrigley scrapped his plans to install lights at Wrigley Field for the following season; donating the lights he had already purchased to the war effort instead. It would be another 47 years before lights were installed. While Wrigley was dealing with the lights issue, the Chicago Bears were playing in the NFL Championship game in the ballpark. Only 13,341 braved the cold weather to see the defending champion Bears slug it out against the Giants at Wrigley Field. The Bears won the game 37-9. Two of the players who played in that 1941 championship game were eventually killed in action during World War II: Bears Quarterback Young Bussey and Jack Lummus of the Giants.

December 26: In 1943 the Bears beat the Redskins in the championship game, 41-21 at Wrigley Field (behind star quarterback Sid Luckman).

December 29: In 1917, Cubs trade Cy Williams…In 1963, the last championship game in Wrigley Field history was played. Of course, it didn’t feature the Cubs. It was the NFL championship game between the Chicago Bears and the New York Giants. The Bears won the game 14-10. They wouldn’t win another championship until 1986. The starting tight end in that 1963 game was later the coach of the 1986 team.