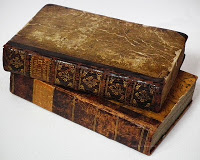 ~On January 12, 1902, future Chicago entertainer Joe E. Lewis was born. He became the headliner at the famous north side of Chicago jazz club, The Green Mill. The owner of the club was Machine Gun Jack McGurn. As you might have guessed from his name, Machine Gun Jack McGurn was a Capone henchman. When his star attraction Lewis refused to renew his contract and went to a competitor (New Rendezvous) instead, McGurn wasn’t a happy man. Each day that Lewis packed the house there, McGurn got angrier.

On November 27, three of McGurn’s men stormed into Lewis’ hotel suite, beat him up, and cut his throat from ear to ear. The comedian survived the attack, and was even able to recover his singing voice, but McGurn’s boss–Al Capone, was very unhappy with his lieutenant’s behavior. He advanced Lewis $10,000 so that the performer could get back on his feet.

What does this have to do with the Cubs, you ask?

Well, on the very day this story was making headlines in all the Chicago newspapers, the Cubs quietly acquired KiKi Cuyler from the Pittsburgh Pirates. Cuyler would lead them to two National League pennants during his Hall of Fame Cubs career. He was such an exciting player, Al Capone even came out to see him play at Wrigley Field.

No word on whether Machine Gun Jack McGurn saw Cuyler play or not, but their Chicago careers lasted almost exactly the same length of time. Cuyler left the Cubs in 1935. McGurn left the earth in a hail of bullets in 1936.

~On January 14, 1984, Ray Kroc passed away. He is one of the most famous entrepreneurs in history, the man who made McDonald’s golden arches famous around the world, and he grew up in Oak Park–a die-hard Cubs fan. When he became a multi-millionaire he tried to rescue his favorite team from Wrigley family ownership, which he felt was ruining the team. He asked his good buddy George Halas to serve as intermediary with the Wrigley Family, to convince them to sell.

At the time (this was the early 70s), Phillip K. Wrigley was a disinterested owner, barely paying attention to his team. Nevertheless, he refused to sell the Cubs to Kroc because he had made a deathbed pact with his father never to sell the team. Frustrated by his inability to buy his favorite team, Kroc settled on buying the San Diego Padres in 1974. He spent a fortune on the team and transformed them into a winner.

When he died in January of 1984, the Padres pledged to dedicate the season to their beloved owner. If memory serves, that team did manage to make it all the way to the World Series that season. Unfortunately, the team they discarded on the side of the road on the way to that pennant was the team of Ray Kroc’s childhood: The Chicago Cubs.

~On January 16, 1937, Cardinal Francis George, the future archbiship of Chicago, was born. While he was certainly honored to be named a Cardinal by Pope John Paul II, there must have been a small twinge in the heart of Francis George when the title was bestowed upon him. After all, the Cardinal is a Cub fan, and every Cubs fan knows that being called a Cardinal must be a bittersweet experience at best.

Cardinal George grew up on the Northwest Side of Chicago, and has been rooting for the Cubs since he was a young boy. It was one of the first things he told the press when he was named the Archbishop of Chicago in May of 1997. He considered a Cubs victory on the day he was installed a sign that being named the spiritual leader of Chicago’s 2.4 million Roman Catholics was meant to be.

Cardinal George was interviewed for the documentary film “We Believe”. The filmmaker, John Scheinfeld, wasn’t surprised to hear the Cardinal talk in general terms about the concept of believing in something with sheer faith, but he got much more than that. He got a Cardinal that has followed this team for sixty years and has given the subject matter a great deal of thought. Francis sees parallels between being a Christian, and being a Cubs fan.

Scheinfeld describes the Cardinal’s take on it this way: “Being a Cubs fan is not dissimilar to eschatological faith, which is sort of ‘next year in Jerusalem.’ It’s sort of, ‘Jesus will be coming back at one point. We know it’s going to happen, but we don’t know when.'”

Cardinal Francis George is absolutely right about that. “Wait til next year” is something Christians have been saying for way longer than a measly century or so.

No wonder the Cardinal is a Cubs fan.