Historical Events (December): Where were the Cubs? 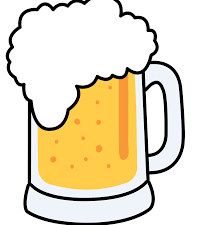 December 5, 1933
The city of Chicago rejoiced because Prohibition was officially repealed. Prohibition had lasted for 13 years, and during those years the Cubs led the league in drunks. Rabbit Maranville, the manager of the Cubs for part of the 1925 season, played with a flask of whiskey in his pants. Pat Malone & Hack Wilson were wild partiers that were arrested after creating several disturbances. Both men died young thanks to the ravages of alcohol. Grover Cleveland Alexander actually passed out drunk in the Cubs dugout during a game. Catcher Rollie Hemsley was arrested for public drunkenness.

December 18, 1943
Future Rolling Stones guitarist Keith Richard was born. What does that have to do with the Cubs, and why should this be considered historical? Well, check out this strange trifecta of stories from 1972.

Keith and the rest of the Rolling Stones were staying at the Playboy Mansion on State Street in Chicago and absolutely trashing the joint on June 17, 1972. Hugh Heffner was not amused. This memo in quoted in “Hef’s Little Black Book” (by Heffner & Bill Zehme)…

In the long run that last story turned out to be a little more important the Keith Richards or Jose Cardenal stories from the same day.